Freezin' for a Reason

Andrew and I have been supporters of special olympics for a long time now but Andrew really stepped up on Saturday and became a super supporter!  Andrew and his team did the Polar Plunge this year for the first time and raised just under $7,000!!  As a whole this event raised almost half a million dollars! I suppose there are a lot of people out there that want to pay to see these guys jump into a frozen lake (and support a good cause).  If you can not tell their theme is golfers, since they put on a BOMA golf tournament every year to benefit Special Olympics. 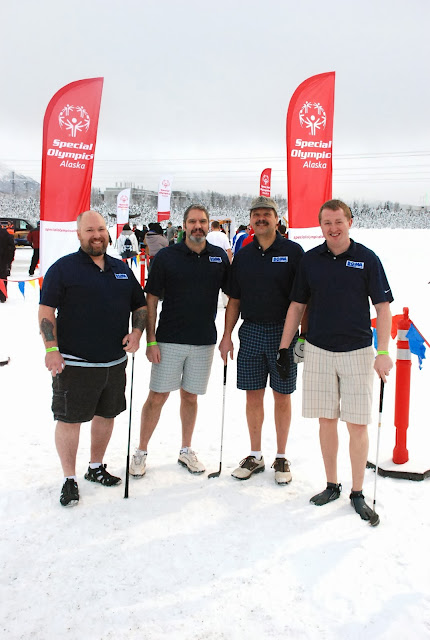 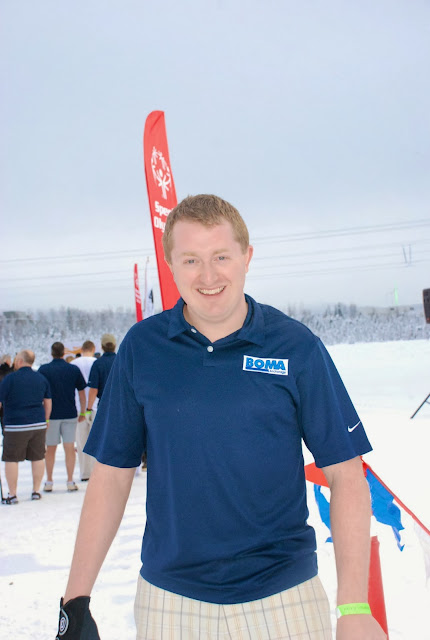 They were one of the top earning teams, so they got to make a speech and get handshakes from Lisa Murkowski (one of our Senators). 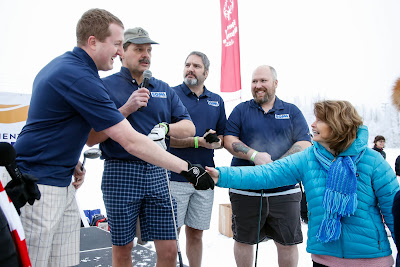 You can see there is a big hole cut into the frozen lake for the jumpers to plunge in.  Andrew is showing off his cannonball skills :) (thanks to Scott Minor for the professional photos!!) 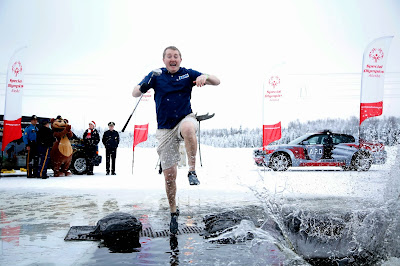 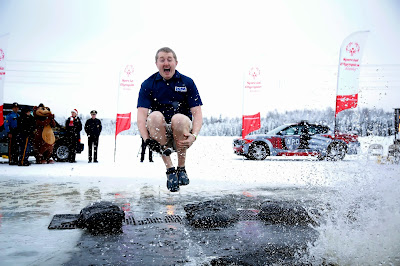 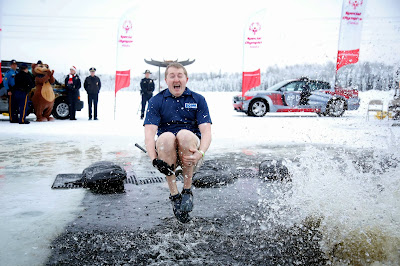 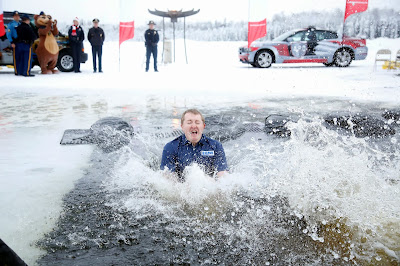 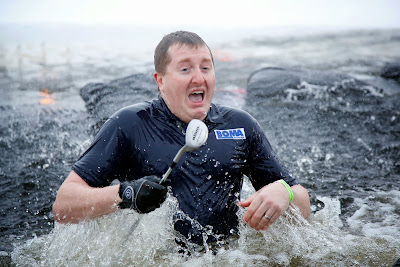 After.  Brrr!!  I tried to get a group shot but the guys raced inside to the hot tubs.  Andrew was the only one I convince to slow to a jog :) 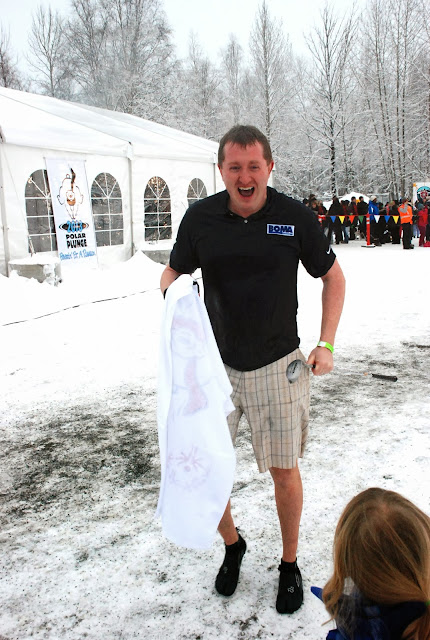 We played in the snow for a while after and watched a few more jumpers. 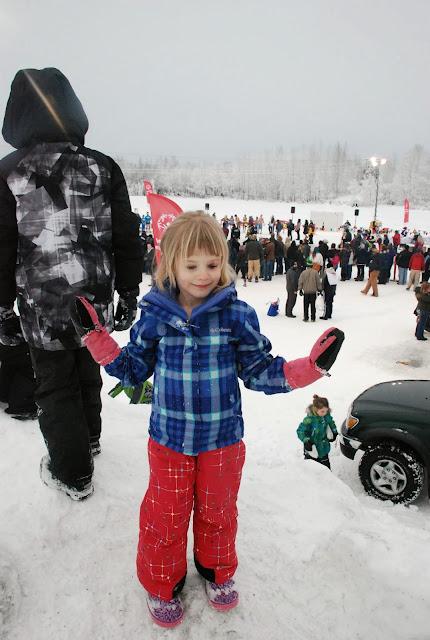 Maddie is giving me the look.  It usually means that I am doing something she doesn't like at that exact moment.  In this case- taking a picture :) 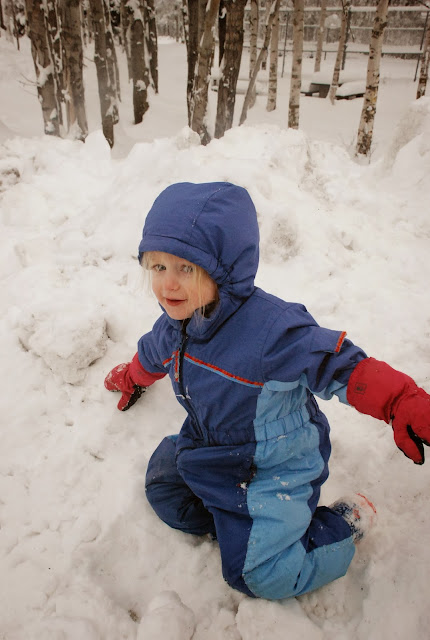 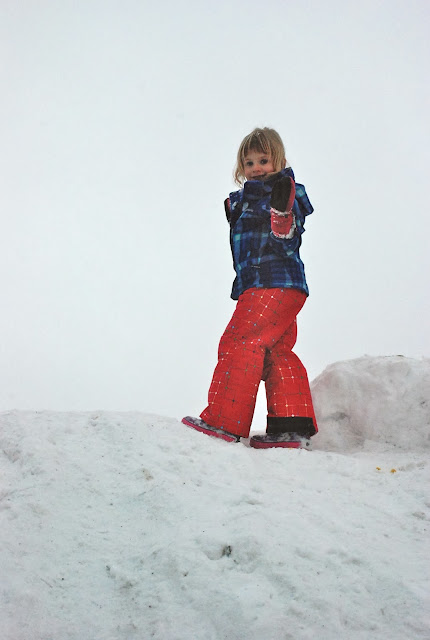 This is seriously crazy!!!

The look on Andrews face as he was getting out is the same that I had when I heard he was going to do this.
Impressive!/insane?