For those of you not aware:  April was Donate Life month.  A month to celebrate the amazing people who became organ donors, and saved the lives of those in need.  Did you know that a single organ donor can save the lives of 8 different people?!!  Well now you do!  Anywho the point of telling you about donate life month was to talk about a fun celebration we did at Providence Alaska Medical Center.  We gave out cake, thanked staff and talked to just about everyone that came through the lobby.  I brought Chloe along to give out bracelets.  She was a super pro!  I have never given away so many bracelets before EVER!!!!  After a few hours, the cake was gone and Chloe was spent.  We walked back over the sky bridge to the car, with a 20 minute detour at this window:
Chloe LOVES trucks and any heavy equipment machinery.  We watched them dig and dump the dirt into dump trucks.  (They are building a fancy new maternity unit---not in time for me but still impressive) 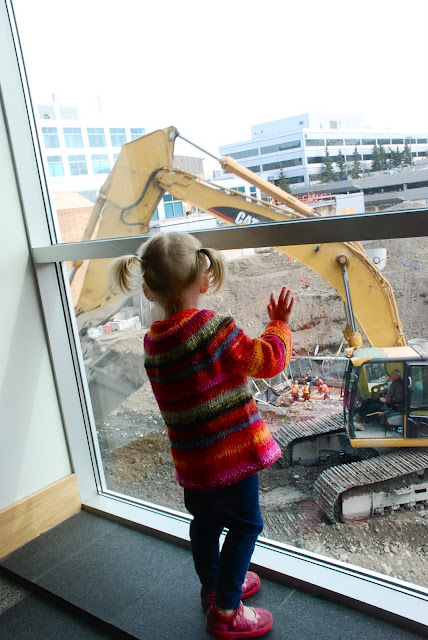 It was pretty awesome.  BTW this is the sweater I knit for Chloe :) 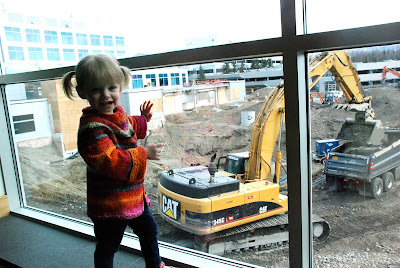 Later that night we went for our after dinner walk/playtime.  Chloe collected a bunch of rocks along the way and distributed them on the slide.  She likes the loud noise they make against the metal.  She collected most of them again and put them back in her pail.  I made this hat for her too :) 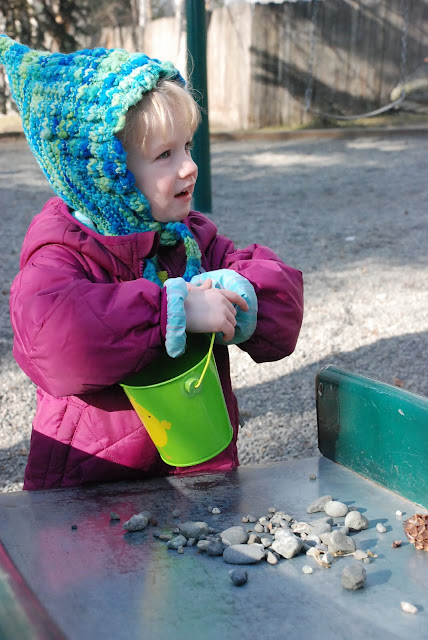 Since we were at the playground we had to go on the "WEEEEEEE" as Chloe calls it. 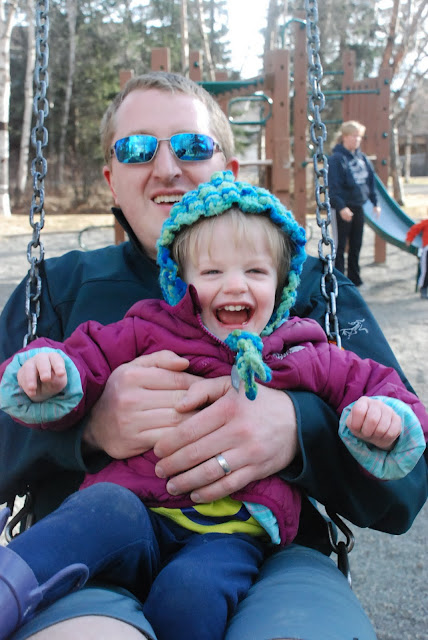 She also played soccer with a cute little boy she met there.  For the most part she wanted to keep his ball, but after a while she realized it was more fun to kick it back and forth. 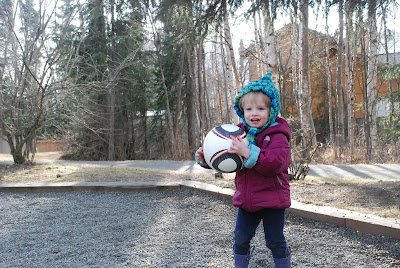 Another wonderful day in paradise!
Posted by Carmen at 8:32 PM 1 comment: