Tis the season for knitting, and I am in the mood to organize.  Put those together and you get a project!!  I searched the internet for knitting needle organizers and they were either too homely or too expensive.  I am a do it your-selfer so I decided why not make a few knitting needle holders?!  Here is the link I loosely based my design after.  Isn't the internet awesome?! 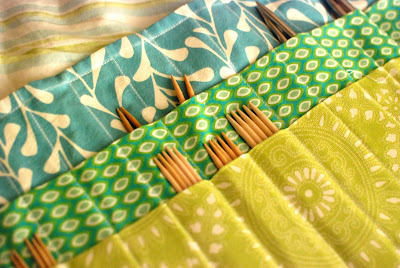 The design is two tiered for straight needles as well as the shorter double pointed needles.  I don't really use straight needles, and knit pretty much everything in the round so I use the upper tier for the circulars. I still need to add the number labels for each needle size, but you get the idea. 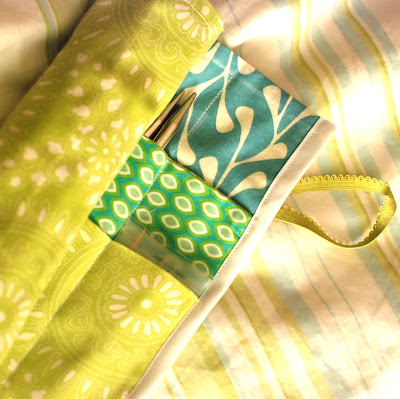 The whole things rolls up in a tidy little case :)  This is much better than a whole mess of needles strewn in a bag.  The colors make me happy too.  So happy in fact that I decided to make two.  The second one went to Donna who is also an avid knitter, and also organizationally challenged when it came to her needles.  Now she blows me away with her typed up spreadsheets of needle sizes and lengths.  I suspect this is only interesting to about one of you so I will leave it at that. 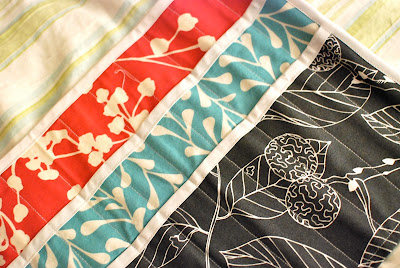 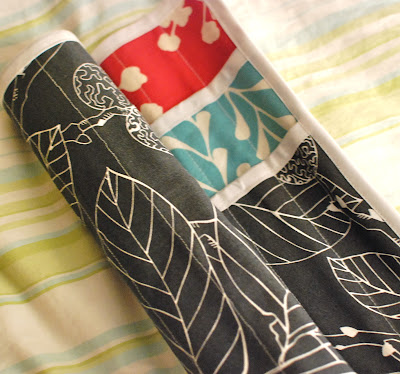 Chloe has also been creative lately building what she calls castles.  When it is finished she grins and asks if she can knock it down.  Repeat times 10. 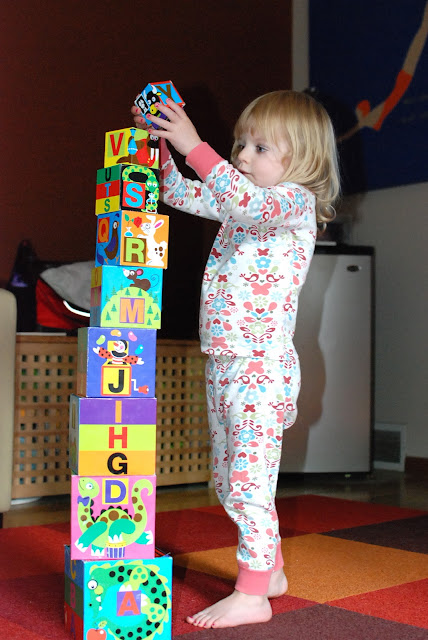 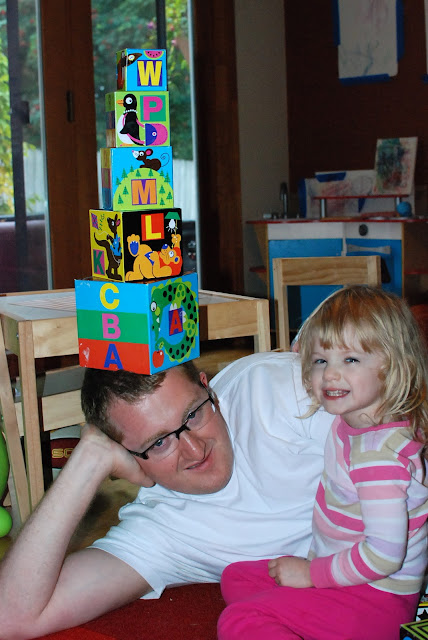 This is what Alaska looks like now days....stereotypical gorgeous snowy Alaska! 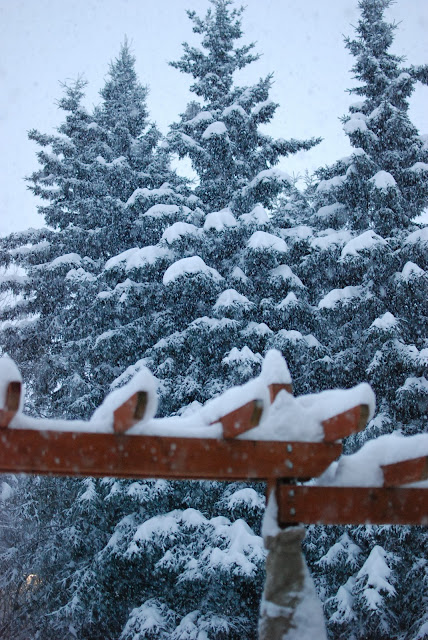 With Halloween over and Thanksgiving around the corner we took down all of the spiders and bats  and replaced them with fall leaves....... next year I will just skip the leaves and go right into the snowflakes! 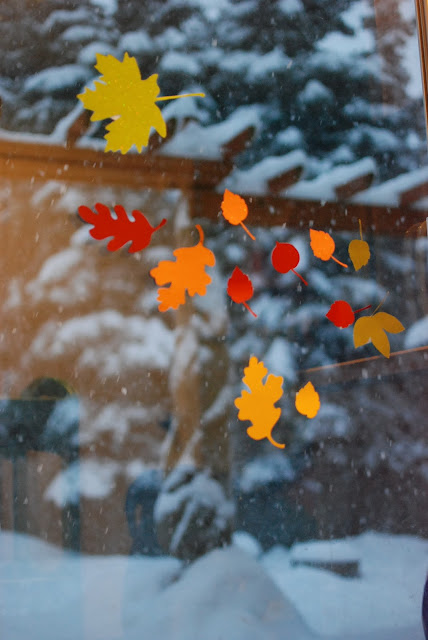 Chloe loves the snow and will spend hours out there if she could!  Powell is her favorite snow companion. 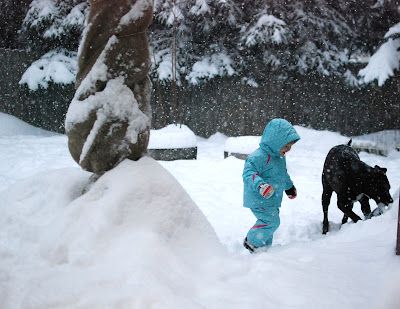 Madeline stays inside and enjoys the snowy view through the window :) 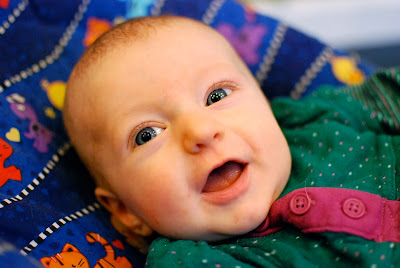 Look who is a skilled head lifter!! 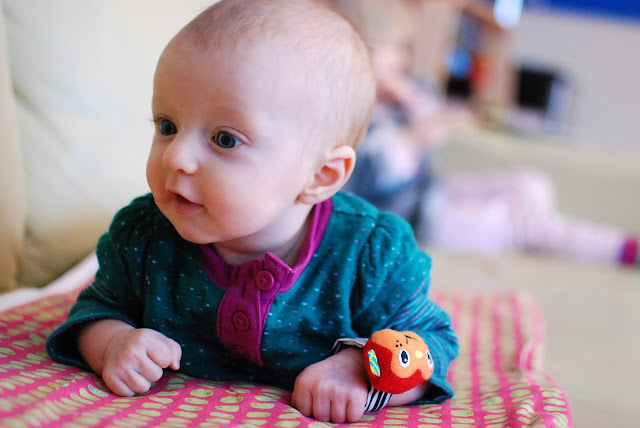 Her newest achievement is grabbing her feet and playing with them. 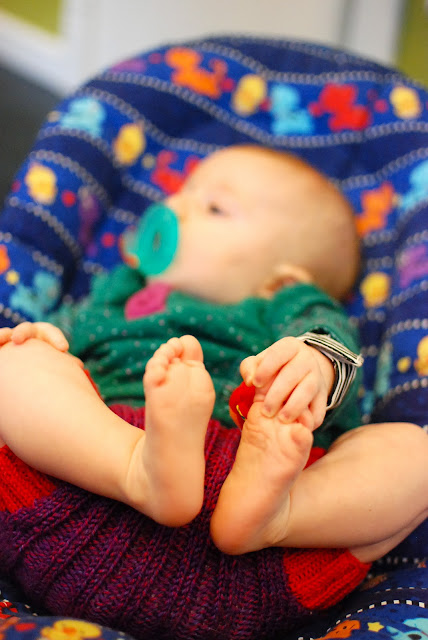 And also smiling and giggling at herself in the mirror. 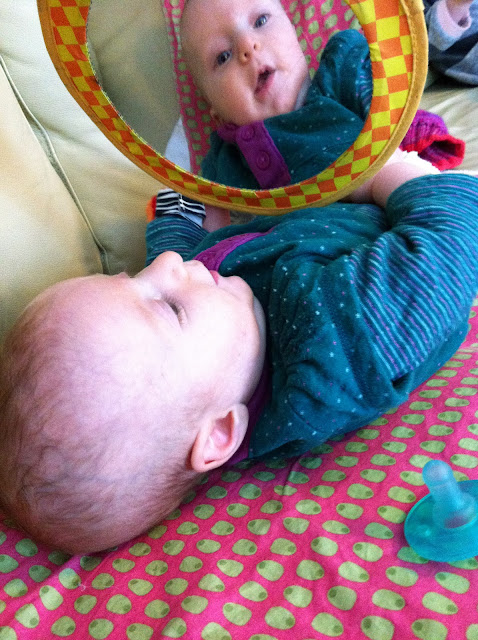 Chloe continues to hone her cookie decorating skills.  The sprinkles are by far her favorite part! 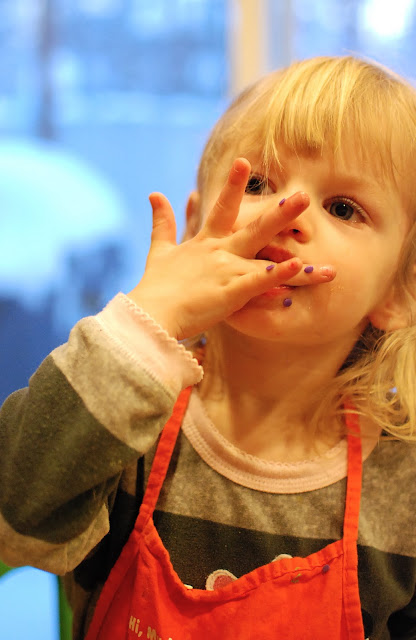 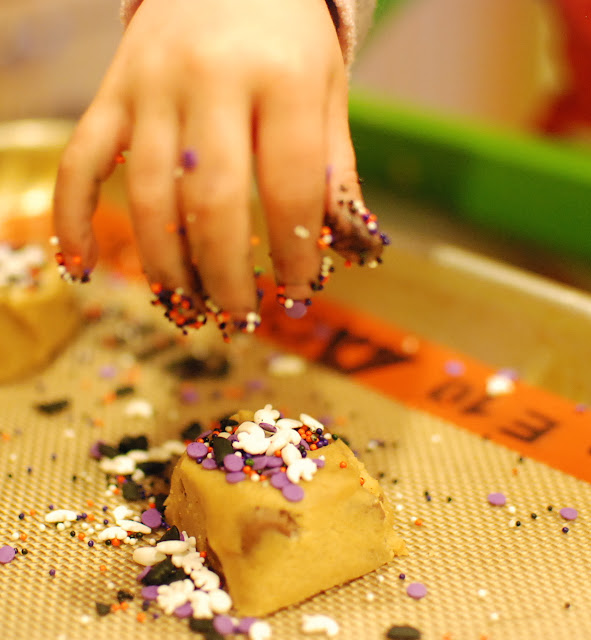 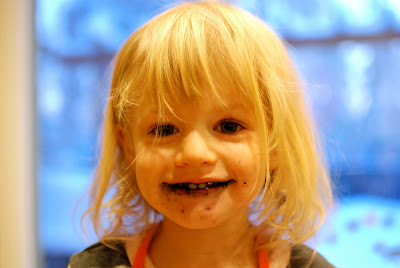 Gotta love the holidays!
Posted by Carmen at 9:27 PM 2 comments:

I finally did it!!!!  Tuesday will be my last day of work! 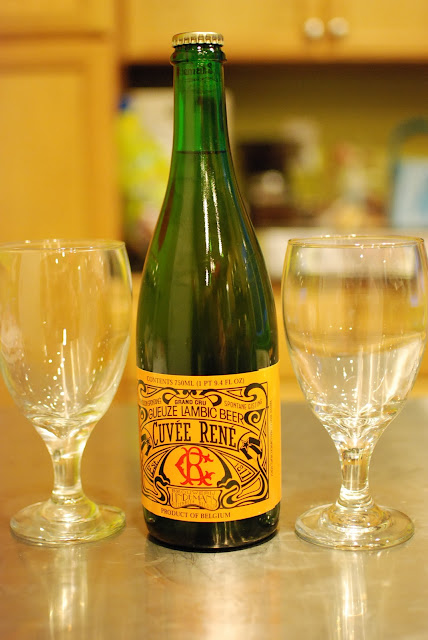 It was probably the hardest choice I have ever had to make and I went back and forth over and over again over the course of my maternity leave.  I even went as far as hiring a nanny for the girls so that I could go back to work (I love my job).  Daycare is impossible to find for babies less than a year in Alaska.  I suppose to my benefit our nanny quit before she started, leaving me short one nanny and back at square one on the stay home or work decision making dilemma.  Well as you can see I finally decided!!  It came down to this advice from a friend "You have your whole life to work but only a few years to spend with your kids when they are little".  It is so true.  I am happier than I have ever been and starting my journey in excelling at being a Mom!  Yay!
Posted by Carmen at 12:43 PM 6 comments:

As promised, a family photo!  I am Foofa, Andrew is DJ Lance Rock, Madeline is Brobee, and Chloe is Todee, all from Yo Gabba Gabba.  Chloe, Madeline and I wore our costumes all day, but some reason Andrew didn't want to wear his to work. 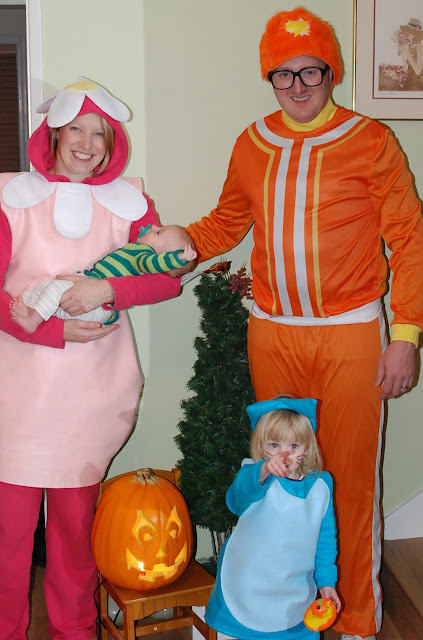 We had two trick or treating sessions.  One down our street (maybe 6 houses) and then down Grandma and Grandpa's street (maybe 10 houses).  We skipped a lot of houses because Chloe was having just too much fun in the snow.  I took about 100 pictures that night and these are the few I was able to capture her in frame! 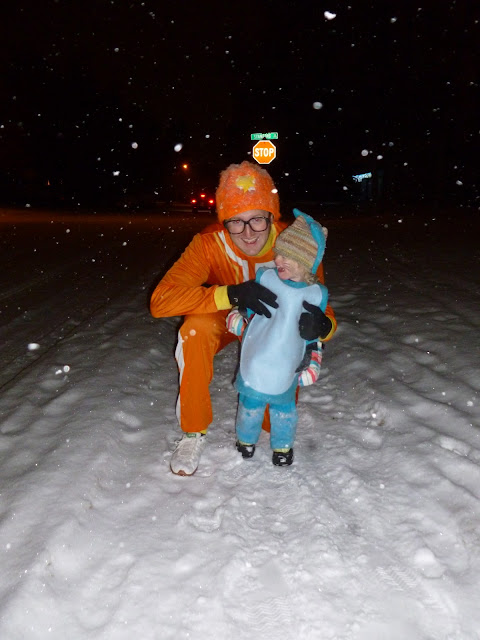 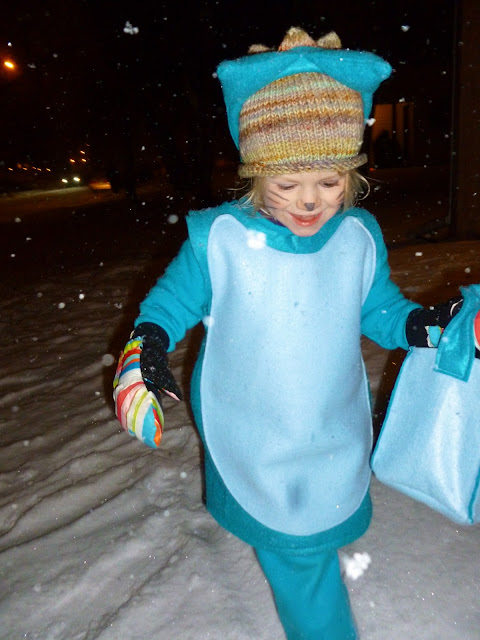 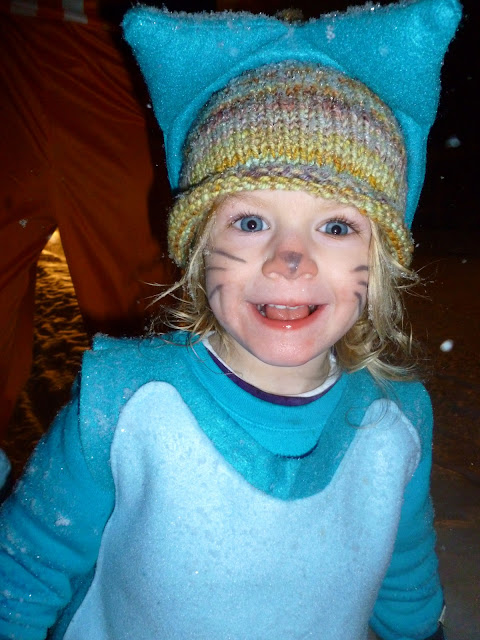 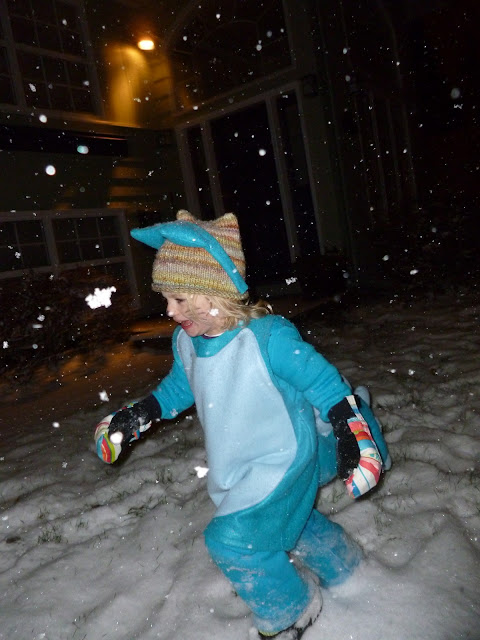 Eating snow, followed by laying in the snow, rolling in snow and running around in the snow. 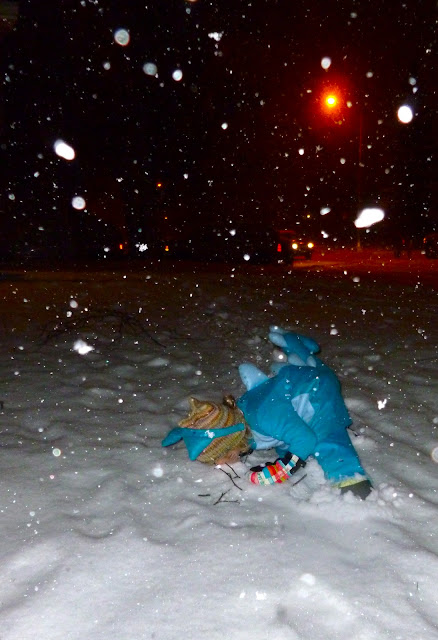 After trick or treating of course there was lots of candy eating.  She has a month's supply after just a few houses!  When that runs out we have a year's supply left over since we bought two giant Costco bags and only gave out about 8 candies...to 2 trick or treaters :)  Oh well, bite sized candy is great.  Who wants to eat a whole candy bar?! 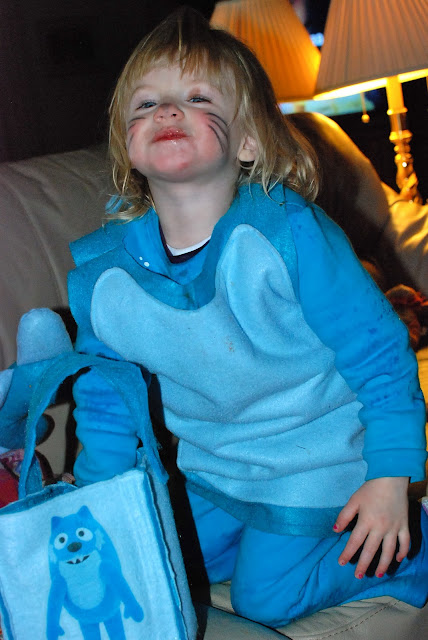 I can't wait for next year.  Chloe is still talking about Halloween.  I can't even guess what she will want to be.  When I asked her what she wants to be when she grows up she said "a real firefighter", and Madeline will be a "writer".  Kids are just so funny.
Posted by Carmen at 8:22 AM 2 comments: